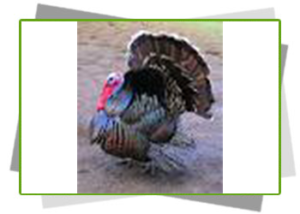 The turkey is a large bird in the genus Meleagris, which is native to the Americas. One species, Meleagris gallopavo (commonly known as the wild turkey or domestic turkey), is native to the forests of North America, mainly Mexico and the United States. The other living species is Meleagris ocellata or the ocellated turkey, native to the forests of the Yucatán Peninsula. Males of both turkey species have a distinctive fleshy wattle or protuberance that hangs from the top of the beak (called a snood). They are among the largest birds in their ranges. As in many Galliformes, the male is larger and much more colorful than the female. Wikipedia contributors. “Turkey (bird).” Wikipedia, The Free Encyclopedia. Wikipedia, The Free Encyclopedia, 24 Feb. 2016. Web. 25 Feb. 2016. 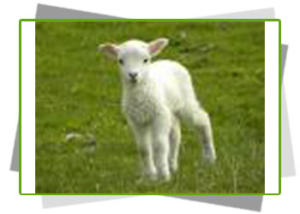 Sheep (Ovis aries) are quadrupedal, ruminant mammals typically kept as livestock. Like all ruminants, sheep are members of the order Artiodactyla, the even-toed ungulates. Although the name “sheep” applies to many species in the genus Ovis, in everyday usage it almost always refers to Ovis aries. Numbering a little over one billion, domestic sheep are also the most numerous species of sheep. An adult female sheep is referred to as a ewe, an intact male as a ram or occasionally a tup, a castrated male as a wether, and a younger sheep as a lamb. 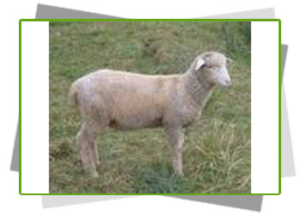 Sheep are most likely descended from the wild mouflon of Europe and Asia. One of the earliest animals to be domesticated for agricultural purposes, sheep are raised for fleece, meat (lamb, hogget, or mutton), and milk. A sheep’s wool is the most widely used animal fiber, and is usually harvested by shearing. Ovine meat is called lamb when from younger animals and mutton when from older ones. Sheep continue to be important for wool and meat today and are also occasionally raised for pelts, as dairy animals, or as model organisms for science. 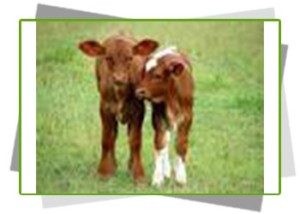 “Calf” is the term used from birth to weaning, when it becomes known as a weaner or weaner calf, though in some areas the term “calf” may be used until the animal is a yearling. The birth of a calf is known as calving. A calf that has lost its mother is an orphan calf, also known as a poddy or poddy-calf in British English. Bobby’s calves are young calves that are to be slaughtered for human consumption. A vealer is a fat calf weighing less than about 330 kg (730 lb) which is at about eight to nine months of age. A young female calf from birth until she has had a calf of her own is called a heifer. 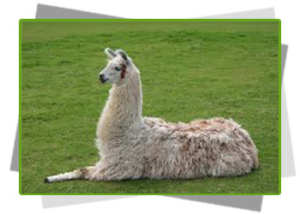 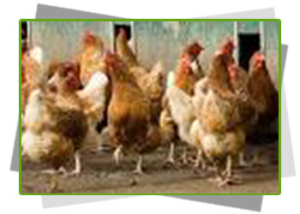 The chicken (Gallus gallus domesticus) is a domesticated fowl, a subspecies of the red junglefowl. As one of the most common and widespread domestic animals, with a population of more than 24 billion in 2003,[1] there are more chickens in the world than any other species of bird. Humans keep chickens primarily as a source of food, consuming both their meat and their eggs. 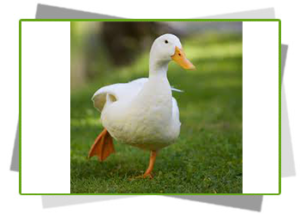 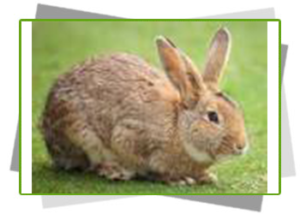 Rabbits are small mammals in the family Leporidae of the order Lagomorpha, found in several parts of the world. There are eight different genera in the family classified as rabbits, including the European rabbit (Oryctolagus cuniculus), cottontail rabbits (genus Sylvilagus; 13 species), and the Amami rabbit (Pentalagus Furness, an endangered species on Amami Oshima, Japan). There are many other species of rabbits, and these, along with pikas and hares, make up the order Lagomorpha. The male is called a buck and the female is a doe; a young rabbit is a kitten or kit.